For the last few days, I’ve been pondering my upcoming transition as I prepare for it.  At times, it feels like I’m on an emotional rollercoaster, worrying about the most ridiculous things.  One night, I actually cried so hard, that I had to awaken my sons.  Why was I crying? Because right now, I have my own bathroom in my bedroom. When I move to  Los Angeles, I probably won’t have my own bathroom anymore.  Because of my depression over having to leave the room to go pee, my two teenaged sons had to stay awake for a couple of hours and try to chill their irrational mother out.  At first, they didn’t seem to mind, but as time progressed, my oldest son suggested that we “finish this tomorrow“.  That actually lightened the mood for me because I thought it was funny.  To my surprise, we really did further discuss it the next morning. Prior to and beyond that instance, I’ve had several instances of being frightened that things are not going to work out for me.  I’ve worried about everything from living conditions, to employment, to having my own bathroom.  Each of those worries have found me in a state of “WTF AM I DOING?!!”.  I’ve been planning for months and I have been confident the whole time, but the closer I get to the end, I’m becoming more and more afraid.

Through all of my apprehensions and self doubt, I never gave up, considered giving up, or thought about making this transition some other time — not even when someone else had suggested it.  I know that I have to do this now, and as long as I feel this way about it, things will somehow work themselves out (even when I have no idea how).

During these extreme bouts of worry, I consulted everyone and everything from friends and family to Magic 8 Balls (by the way, Magic 8 Balls are pessimistic liars! One of them told me that most likely, my name is not Brandi…).  Every little thing, regardless of how small and insignificant, was magnified be 10,000.  I took it all as signs that I should reconsider my plans.  This was one extreme case of cold feet.  Even when I got signs that things were working out and would be fine, I was still afraid.

As life would have it, something really did go awry.  This was a big thing and a small thing at the same time.  Since I was already in a sort of fragile and unstable place, the worst part stood out the most.  Even though this situation hod knocked me on my ass for a while, I still never gave up.  I knew that somehow things would work out.  They have to! Things will be more difficult than I had planned, but not impossible.  However, knowing that something isn’t impossible, and having a plan are two different things — my plan had been disturbed.

No Plan, But Lots of Ambition My original plan had fallen apart, but I had two things: a oneway plane ticket, and ambition. As long as I have those things, I can figure the rest out.  I could create a new plan.  But, I was still afraid.  Since sharing this idea of doing a hard reset on my life and starting all the way over, plenty of people have been following me on this journey.  Many have expressed to me that they’ve considered making this kind of move, but haven’t for whatever reasons.  And now, they are living “vicariously” through me (their words).  I want everyone to be confident enough to challenge themselves to find what really makes them happy.  This added pressure to the equation.  I can’t back down now, because if I do, maybe they won’t try.  The activist in me would never allow that, so I gotta do it!

But What If I Fail?

I worried (and sometimes I still do) that I will fail quite often.  “If I fail, no one will ever take a chance on themselves“, yes, I have given myself that kind of importance.  However, it wasn’t totally arrogant of me to feel that way because there really are people who are watching, and I really do have to lead by example.  Some of those people might not have the kind of encouragement that I have, or even people who love and support them like I have.  I want to be those things for those people, so I can’t fail at this.

The one thing that went wrong was actually valuable to me because it forced me to look at things from a different perspective.  The move that I’m making can potentially change lives — not just mine, but the lives of everyone who is watching.  Those people might need to see someone that they know, or can relate to, doing the things that they would like to try.  I asked the Universe to put me in a position where I could help others, and the Universe obliged.  Now that I am in that position, I have to play it.  Also, setbacks are designed to make us work harder.  Once again, I had to prove to myself and the Gods that I really want this thing to happen.  So, I have to fight harder.

As time moves on, and my time left in Tennessee shortens, I become more and more afraid.  “How am I gonna do this?“. “I‘m gonna miss the kids, how can I make it without them?“.  “What if this doesn’t work? What will I do?”  None of this is any different than it was when I first made the decision to move across the country.  My kids will be fine, I will be fine.  I’ve done, and have been doing, the work and making the necessary provisions to ensure these things.  At this point, I was only making excuses for being scared.

There is nothing wrong with being cautious of the unknown — in fact, that is probably the best way to prepare for whats ahead.  I didn’t realize that, so I continued to ride the see-saw of what to do/ what not to do. 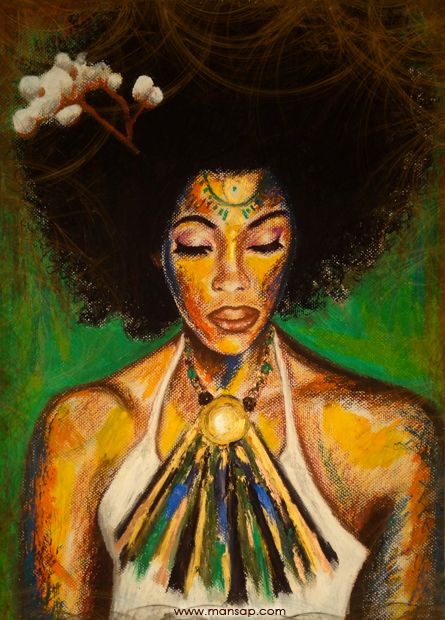 During one of my “Woe is me.  I”m gonna fail.  This isn’t gonna work” phases, I was chatting with a friend who had heard this same story from me 973 times in the last hour.  While once again saying “What if I totally fail?”, my mind and my soul connected, and my next sentence was, “If I fail.  If I fall on my face… I’m gonna do it so fly that everyone will want to fail!“.  At that moment, I let myself off the hook and allowed myself to be human.  Sometimes humans fail, and when we do, the world does not stop spinning.  Besides, I had counted this transition as a failure before it even happened — that’s the best way to ensure a failure.  I know better than that.  I have to keep speaking life into this thing if I want it to give life.

Oftentimes, we ignore our humanity and forget that failure is a part of life, and that fear of failure is never a reason to give up or not even try.  Sometimes, it’s even necessary for things to not go as planned.  The problem is that we allow ego to take over, which does not allow us to see anything other than the failure, and who is responsible for that failure. Only you are responsible for what choose to do, or what you choose to not do.

Whatever we go through, good or bad, is for a reason, and that reason might not always be one that benefits you.  We are a human community, our wins and losses are effective on a universal level.  Death is the only thing that is permanent, so move yourself around.  Try things, and don’t be afraid to be afraid, because it’s natural.  However, don’t let that fear stop you from trying.  Don’t allow it to speak negativity into your plans and dreams.  If by chance, things don’t work out, try again — or try something else.  Just because one thing didn’t work does not mean that the next thing won’t.  You have to be willing to fail if you ever want to accomplish anything.

As I move forward with my plans, sometimes things work out perfectly, and sometimes things fall apart for no good reason — but I continue to move forward, and I really am confident that things are going to work out.  I might have cold feet, but my plans have not gone cold.  Because I want what I want, and I want it badly, I’m willing to try.  Win, lose, or draw, I’d at least know that I reached for it.