Making It Through A Storm

If you follow me on Facebook, Instagram, or YouTube, then you’ve heard or read about me getting caught in a tornado last week.  In the case that you don’t follow me on any of the above mentioned social media outlets, here’s what happened.

I was out jogging on a fairly good day.  The sun was shining, and people were out doing what humans usually do in the early evening hours: yard work, going to and fro, walking their dogs, or just sitting on their porches and enjoying the end of the day.  Everything looked and felt wonderful.  Then suddenly, the sky became dark.  there wasn’t any wind (yet), but the sky had gone from a pretty sky-blue, to battleship-gray in what seemed like the blink of an eye.  The people who were sitting on their porches went inside, and those who were walking their dogs seemed to be determined to get somewhere fast (home, I assume…).  I decided that it was at least possible that the sky could clear up.  I figured that I had time to turn around go home in case this was a real deal storm.  I quickly decided to keep jogging .  I began to feel raindrops fall gently on my face (actually, it felt kind of nice) and I could see them landing on the sidewalk in sprinkles — nothing major — so I kept jogging.

The weather remained the same for about two miles, but the sky had gotten darker; this is when I decided to turn around and head for home.  Shortly after I turned around, I heard a mild rumble of thunder.  I laughed and thought, “as long as t doesn’t start lightening, I’m good.  If it does start lightening, I’ll just run into someones garage“.  As the thunder got progressively louder, the rain went from mild sprinkles to large raindrops that smacked my face.  Next came the winds — not regular wind, but blow Dorothy from Kansas to Oz kind of wind.  Trees were bending, leaves were blowing into the street, and I stood there thinking “Damn… I should have gone home“.

When I heard the sound of the storm siren, my next thought was “Goddammit!“.  At this point, what else could I do? I had to get home, and when I did, I’d have a hell of a story to tell.  I turned my earbuds up and continued to jog, this time while chanting “Gotta get home! Gotta get home!“.  The wind blew harder and harder.  I kept running.  Rain came down harder and faster.  It felt as though tiny needles were falling harshly onto my face.  But, I kept running.  It was difficult to maintain my balance, and I could barely breathe, but I had to get home.

My phone rang and I fussed to myself, “It’s an iPhone, not an iPad! I could have called someone for a ride at the onset of the storm, and I’d have been home, dry and doing anything else“. Oh well, I can’t do anything about that now.  I answered my phone, it was my oldest son, Gabe, “Ma are you alright? Where are you?“.  I answered him without breaking stride, but almost screaming into the phone, “I’m on Cunningham heading towards Lafayette“.  Gabe told me that he was on his way and ended the call.  I imagined him rushing out of the apartment to go and look for me in a storm.  I felt horrible about that.  I tried to run faster, so I would make it to the corner before he’d gotten too far, and he wouldn’t have to be out in the storm for too long.  I was only a mile from home and grateful that, as awful as the weather was, there was still no lightening. 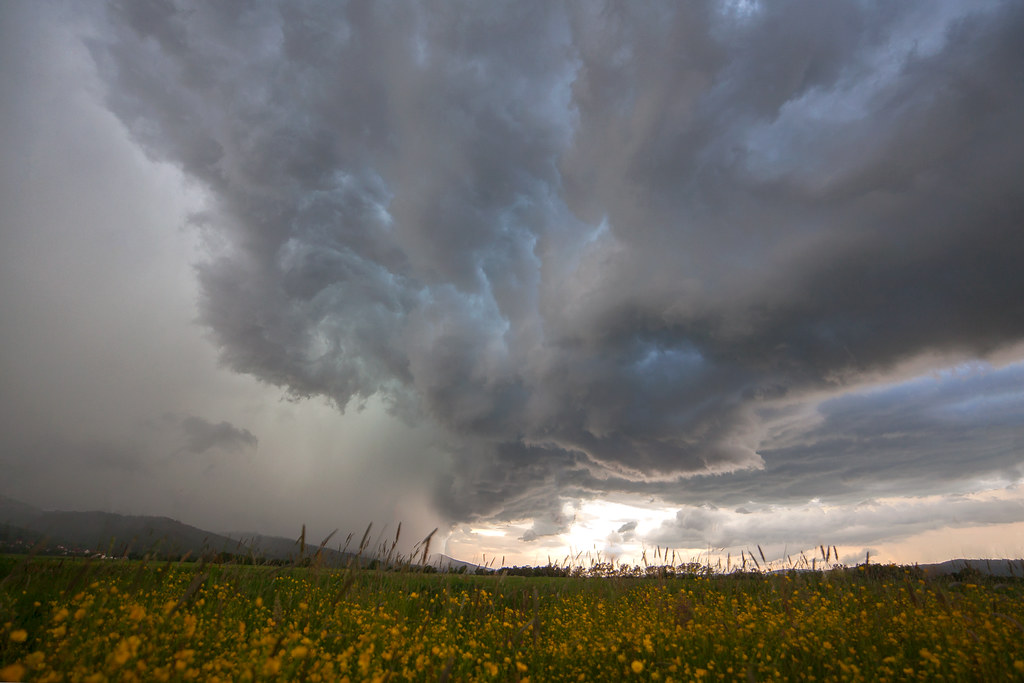 The storm siren sounded again, “Shit! That can’t be good.  But, I can do this.  I can get home.  I got this!“.  A strong gust of wind nearly blew me off of the sidewalk, “DAMMIT! Gabe, where are you!!!“.  I kept running, and suddenly, a car slammed into a driveway just ahead of me. It was Gabe.  I was about a half mile from home; I almost made it home! But, I was so happy to see Gabe! I got into the car, panting and trying to catch my breath, I couldn’t help but laugh.  I laughed because, even though I had made the bad decision of not heeding the signs that a storm was coming and then not using my phone as a phone, I had made it quite far.  I held myself accountable for not making wise choices, and for dangerously testing my limits.

I stayed focused, and I pushed hard.  The wind couldn’t stop me, and the rain couldn’t stop me. And, neither could fear.  I knew that I had to get home, and I was determined to do so.  While I pushed through horrible conditions, an angel was sent to me, and that angel brought me home.  The Source took care of me, even though I could have made much better choices.

When I got home, I took a shower and collapsed on my bed. I laid there wrapped in a towel and smiling at the ceiling.   I was given another test and another lesson, and I became a stronger person because of it.  People talk about coming out of a storm often, but there I was, 5’3” and 122  pounds, and I, had literally, made it through a storm.

There is absolutely nothing that we can’t get through.  As long as there is life in us, we have the strength to push through, and keep running.  Keep looking ahead, and know your destination.  Tell yourself that you want it, and then go after it.  Don’t stop, and don’t get discouraged.  The Source is there, watching.  As long as you are doing your part, it will help you along the way (even when you make bad decisions, as we all do from time to time).

That adventure was symbolic, and as I laid there staring into the Universe and realizing the symbols, I was grateful — grateful to be alive, and to have made it out of that storm unscathed. I was grateful, too,  that the Universe apparently thinks very highly of me to give me such a test, and to bring me out of it.  I didn’t know it, but I really needed this to happen.

The next day was a sunny day, just as the day before, so I decided to go for a walk.  I took the same route that I had taken on the prior day, and I saw fallen trees and huge limbs in yards and in the street.  Later that day, I learned that the storm that I was caught in caused devastation to many homes.  In fact, a few miles from where I was jogging, a roof was blown off of a house.

I was out in that! How soon after I had passed the trees did they fall?

One of the fallen trees was a Weeping Willow tree.  WOW! The wind had knocked that tree down, but it didn’t knock me down.  I don’t think I’d ever felt more loved than I did at that moment.  As a plant lover, fallen trees always make me a little sad, so it was bittersweet for me.  However, I will never forget this experience.

I don’t mean to beat this story into the ground by constantly talking about it, but I really believe that there is a lesson it it for everyone.  It’s a necessary reminder that even though it gets hard, energy draining, or even if it seems impossible, you can do it.  There are going to be challenges, but challenges are good.  Challenges are tests, and tests establish the quality of our endurance.  How much can we take? That matters because we have to be strong enough to overcome the obstacles that will fall in our way as we move towards our goals.  Accept those challenges, and allow them to bring out the best in you.  You have to be your best you, if you want the best results.

“Once you’ve been through tough times, you can only become stronger.”