A Message From Brandi Badd Ass

I had decided not to post a blog today. I had become so irritated today that I couldn’t write.  At first I wanted to get out for a while — but couldn’t,  so I accepted that I’d have to stay in, and I decided to work on “me” stuff (one would think that this wouldn’t be a lot to ask, but apparently, it was).  I couldn’t do that because everything that could be a disruption, became a disruption.  I only wanted to be left alone and I couldn’t even get that, but I digress…  However, I’m elated to say that even under such heavy aggravation, I didn’t break my fast (but I’d be lying if I said that it was easy not to).  As I’ve shared with you many times before, it’s not good for me to take breaks, because it makes it easier for me to quit (I’m a habitual quitter).  So, here I am keeping my word to myself, and my readers that I would remain consistent under all circumstances.

This morning, as I sipped my coffee and scrolled my Facebook timeline I saw a post that was written by a real life friend of mine who always seems to have complaints. My heart hurts for this friend and I pray that things get better soon. However, the post also put on my heart a need to share some of what I have gone through and how I changed my mindset and focus to not dwell on the negative. I am not yet at my life’s goal, but I’m working on it everyday, and I can see it. This article is not a tale of “How I Made It” but rather a tale of “How I MAKE It”.

So, What Had Happened Was… 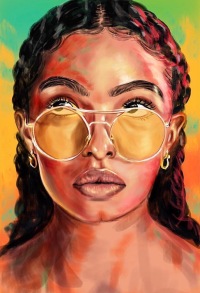 From 2014 to 2015 (both years in their entirety), I pretty much lost everything. My home, spirit, confidence, spunk, my marriage was pretty much ending, and I had no energy for my 3 kids. I fought like hell to maintain the few things that I had left, like my car, my job, and enough sanity to get through any given day. This was a very hard thing to accomplish with my confidence level spiraling downward expeditiously.

My cousin offered us a place to live in her home until we got back on our feet. I was grateful for that as she has a large house. Still, it was very uncomfortable for me. She has dogs and I am SO not a dog person. I wanted it to be uncomfortable so I would work harder to get back on my feet. Toward the end of 2014 it was abundantly clear that my marriage was over, and I knew that I could not alone afford to live in Nashville, TN. Of course my first thought was to go back home to Michigan (where I wanted to be anyway), so I worked toward that. My teenage sons where willing to do whatever was necessary and even though they were supportive of my decision to go home, I knew that they didn’t want to leave Tennessee. My daughter is in college and I knew that I couldn’t stand to live so far away from her at that time. So we made a compromise: We’d find a less expensive town in Tennessee — Clarksville!

I got busy at finding a place for us to live in Clarksville that would meet my criteria for my income, level of QUIET! (gotta have my quiet!), low crime, decent schools and around other Black families. Eventually, I found it. We moved into our apartment in mid March, 2015 but could only live there on weekends until school ended in May. Sunday night — Friday morning was spent at my cousins house.

And Then, Things Got Worse 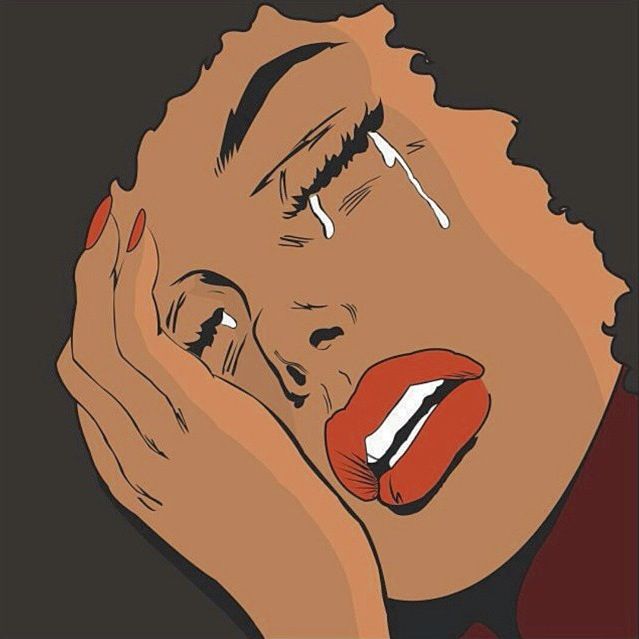 Things seemed to be looking upward, so I decided to make an impromptu visit home to Michigan for the weekend. My sons and I jumped in the car heading north for a surprise visit, but the “surprise” was on us. Up to this point, my car had NEVER given me a day of trouble. Always the pristine driving machine, until now… the car totally broke down upon arriving in my home town. It just stopped moving, in the middle of the street. A caliper had burst (I am told that this is something that never if ever happens). This meant that we were stuck in the mitten for 5 days. This also meant that I had to miss work, and miss money.

The next few months would consist of me driving 110 miles (at least) everyday to go to work (couldn’t find work in Clarksville), maxing out credit cards to pay bills, spending ridiculous amounts of money on fuel and other bare necessities and a couple of other experiences that I won’t describe in this blog, that left me emotionally bankrupt and added new nails to the coffin. Plus relationships that were only designed to rob me of myself.

Up to this point I’ve been homeless, I lived with dogs, I’m going through a divorce, my car broke down for the first time ever as I entered my hometown for a surprise visit, I had to miss a lot of work, I’m up to my armpits in credit card debt, and I can’t even discuss what drained me of my spirit up to that point. But there was more to come!!!

The Last Nail In The Coffin 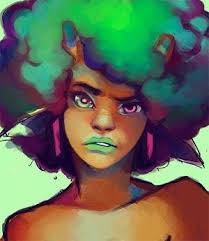 I was at the point where the only thing that I had to be happy about was that no one had died or been diagnosed with some fatal disease. While those things are certainly worthy of gratefulness, I needed some kind of quality of life that would make me feel as though I was living and not just existing. Mentally and emotionally, I was dying. By that time, I had began counting all of the the things that had gone wrong in the last two years several times a day and everyday. I was a nervous wreck! I had become mean and extremely vain. In my mind, my looks was all I had left and they might have to provide a way out of the mess that I was in  —  or so I reasoned.

At the end of July, I suffered a horrible home accident that left me disfigured. Now, I didn’t even have my looks anymore. THAT WAS THE LAST NAIL IN THE COFFIN! At that point, I felt that I was completely empty. I had nothing and was no good for anyone, not even my own children. That’s how I felt. Life had won, I no longer wanted to see the light of day. I had sank to a low that was more than morbid. That night was spent in the emergency room — the absolute worst time that I have ever spent in a hospital as a patient! With all of that, I am still here to write this blog. And that is a miracle!

And Then, There Was Light

A month and a half later, I celebrated my 40th birthday at home in Michigan with my family and friends. I even did a “40YO Bikini” photo shoot. “Wyldflow3r In Words”  (a now defunct blog that I eventually quit, as I would habitually do), was started and I suffered through the rest of 2015 with a promise to myself that I would never stack my debts against my assets again! I lost two years that I will never get back by doing that. But it’s okay, because I gained the lessons.

“Life for me ain’t been no crystal stair”

Count Your Blessings, Not Your Debts

I’m writing this article to say to my friends that we all have so much more than we credit. It is a horrible practice to count, ponder, and worry about what is wrong with your life, the world, or people. The truth is that there are always going to be things that will go wrong. It’s during the good times that we must prepare for those things that will be a challenge. When money is good, put some away. When you are happy, do something for someone who isn’t. These are deposits into your spiritual bank. If you have a surplus there, you will make it through anything that life will throw at you. As my Aunt Lee would say, “Life is not for punks. Life is for the tough!”. Tough as in prepared. 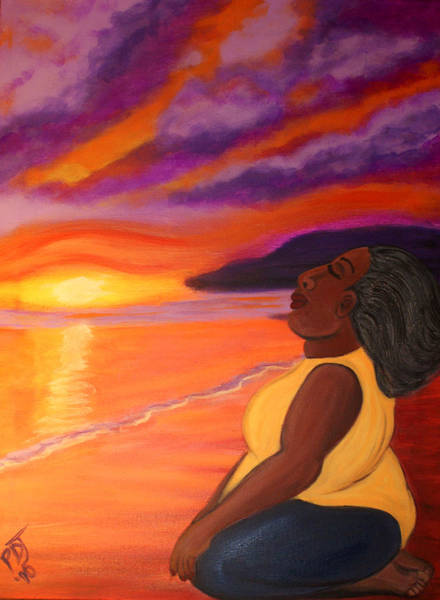 I had gotten so used to things going wrong, that wrong  had become normal. I focused on being homeless instead of the fact that my family loves me so much that they wouldn’t allow my family and myself to live in the street. I focused on having to admit to myself that I failed as a wife instead of the fact that my husband and I would be much better off as friends. I even relived all of the bad things that happened in our marriage and re-blamed us both for things that neither of us could undo. When my car broke down I only focussed on the fact that I was stuck in Michigan and without a car. It took me a while to be grateful that it happened in my hometown where I had help. It could have happened in a state I was passing through, where I had no help! After my accident, I focussed on “being ugly” and how I would rather have been dead. I should have focussed on how people did whatever they could, went above and beyond to show me that I am so much more than that. My job held my position and paid me for the time that I had to take off to recover even thought I did not have the time available. My parents helped me out in a HUGE way. People sent me sunflowers, my cousin (and her dogs) allowed me to recover in her home so that I would have a support system. These are all things that although I am now eternally grateful, I could not see when it was most important to see them because I was focussed on the negative. To this day, people don’t even know that I was disfigured (unless I have told them).

Things are as big or as small as we make them. Focus on the good things and they will multiply. However, the same will happen if you focus on the bad things, they too will multiply. To quote my Aunt Lee again, when I told her that 2016 was going to be a better year for me, “If you want it to be a better year, it will be. If you want it to be a bad year, it will be”. (SN: 2016 didn’t prove to be a very good year for me, neither was 2017. For the most part, I kept my promise to myself that I wouldn’t stack my debts against my blessings, most of the time.  But in hindsight, I can now see that all of those years combined were setting me up for what’s to come.  So, even though those years were hell, I am grateful for them, and I wouldn’t change anything about them.  Those struggles helped to lead me to my destiny.  Remember that when things begin to seem harsh, or even hopeless, it’s never for nothing.  The Source is conditioning you.  You’ll see that it’s worth it.) 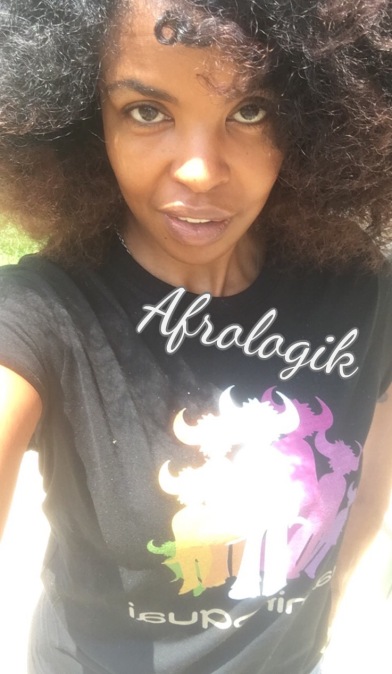