Blog number 50! I’m so proud. yet so humbled. I’m proud of myself, because I’ve stuck with it, and I’ve enjoyed the whole ride. Even with a crazy work schedule and life happening here and there (as life tends to do), I’ve hung in there and kept a schedule of, at first, two articles per week, and eventually three blogs per week, plus one vlog per week. Not too bad for a habitual quitter! (LOL!)

I am humbled, because of all of you who read my blogs, give input, and positive encouragement. It thrills, as well as drives me, to know that as I share my life, experiences, ideas, and logic with my readers, I am also helping others to deal with the craziness of their lives.  It feels great to know that my trials, demons, and mistakes have not been for nothing.  Thank you for allowing me to share parts of me, with you.

And a VERY special shout out to the world’s best editor, Dav Peters.  Sometimes, I miss an edit here and there.  If you should ever notice it, it’s me — not Dav! LOL!

It has also been cathartic for me.  As I said in “About MEEEE“, while writing Afrologik, I am growing with you, and we will get through “this thing called life” together.  I am inspired by you all and I hope that I have been as inspiring to you.

We All Go Home At Some Point 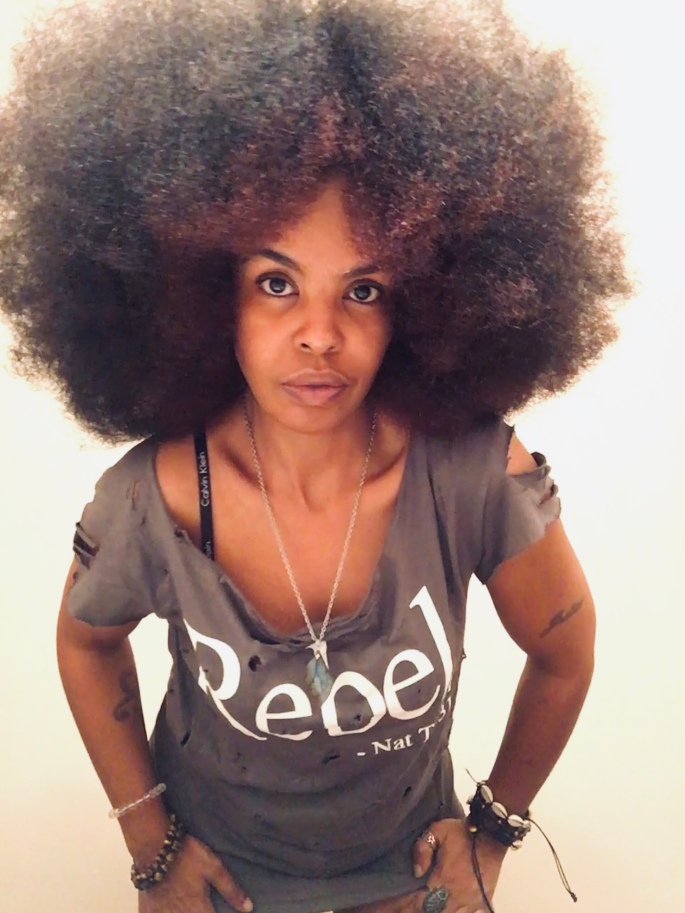 It’s kind of funny how, regardless of where the journey of life takes us, and no matter how far off course we may stroll, we always come back to our true selves. It may take longer for some than others, but eventually, we all come home.

Our mental and spiritual “home” is not necessarily who we were groomed to be. We all spend a great deal of our lives asphyxiated with the idea of doing things the way they’re “supposed” to be done, or acting the way that we are “supposed” to act. Responding to the concept of “fake until you make it“, it’s very easy to lose ourselves and conform to the norm.  We fake ourselves out, and lose the true spirit of who we are — usually to appease the masses. In the process, we even give ourselves the pseudo-importance of judging others for not being afraid to be the way they are — without regard to the masses — and without concern for the judgments of others. They are the true superheroes.  Their superpowers are strength and tenacity.  Those who judge, only do so because they are so afraid or ashamed of their lack of nerve, that they can’t understand those who possess the temerity to be, not who they were trained to be, but who they want to be.  It’s much easier to shield your natural self when you fear that you will not be accepted, than it is to express yourself.

I’m reminded of the movie, “The Wiz“.  The “Mean Ole Lion” hid inside of a statue that sat on the steps of a library for a very long time, afraid to face the world, because he was different.  Unlike most lions, he was sensitive — scared even — instead of ferocious. Eventually, he had to break free from the statue, and when he did, he scared the hell out of Dorothy, The Scarecrow, and The Tinman.

A statue on the steps of a library is not unusual; we see statues everyday. However, it is unusual to see lion bust out of a statue — and even more unusual for that lion to burst into song and dance. But that was the kind of lion that Fleetwood Coupe de Ville (that’s the Lion’s real name) was. Even if he was frightened into becoming his true self, he did it!

So many of us humans spend our lives perched on the steps of a library, or any other building, hiding inside of a statue; because like the Lion, we are afraid that, if we show the world who we really are, it will scare the hell out of them.  The Lion being sensitive and not ferocious does not make him any less of a lion — just as you breaking free from your statue and embracing the person that you are makes you no less of a person who deserves love and respect. 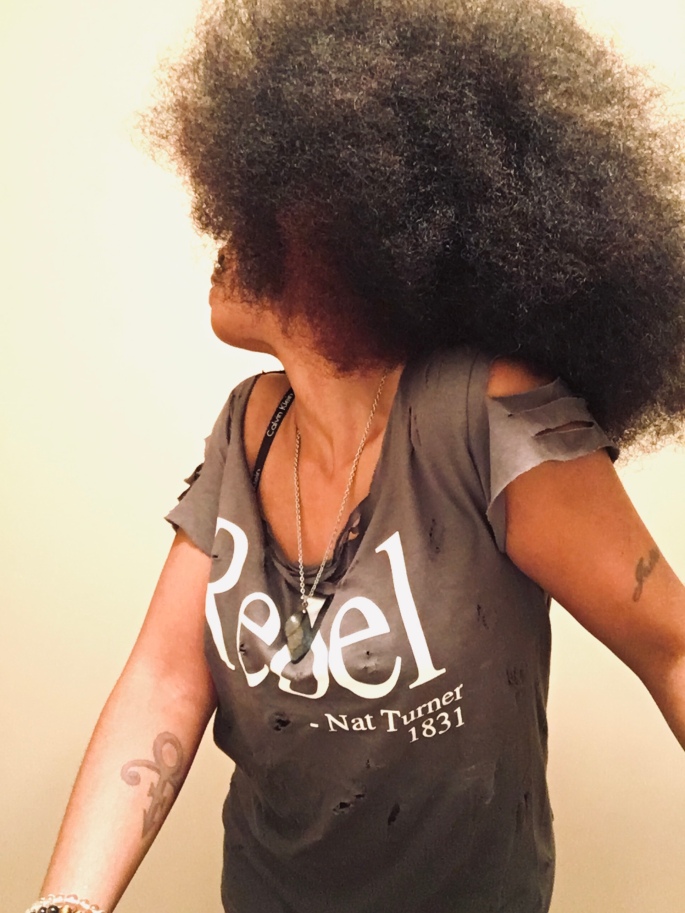 Normal people pretty much suck.  Think about it; they are content to live in a statue, rather than enjoy life as the people that they are inside.  Normal people are lead by “supposed to be” and “supposed to do“, instead of their minds and souls.   I’ve been there, and it was very uncomfortable.  I can’t imagine how people can spent their entire lives that way; it would bore me to tears.  In fact, it did.

I’ve always been kind of quirky.  I come from a small, close minded town (I love my hometown, but it’s small and close minded), and quirkiness is not exactly accepted there.  While living there, I played the game for years (I played it my own way, but still, I played the game).  Around 2003, while working at a health food store, I met a real life hippy, named Mike.  Even though he and I bumped heads often, I learned a lot from him.  It was Mike who introduced me to holistic remedies and crystals.  I didn’t want to believe in the power of crystals, because it kind of went against everything that I had been taught, but I was very interested in holistic remedies and health food.

Mike, also had a machine that could zap parasites and other impurities in the human body. I’ll be honest, I thought Mike was a little crazy, but that was only because I was conditioned to believe that when you’re sick, you see a doctor, and when your heart is heavy, you pray. What Mike was showing me contradicted those ideas. Mentally, I was interested in everything that he had to say, but I couldn’t let him know that.

Don’t Be Ashamed of Finding Yourself

One day, Mike had a giant clear quartz crystal, and he called me over to the counter and asked me to touch it.  I held my hand near it, and I could feel it vibrating, so I drew my hand back.  Refusing to touch it after that, I looked at Mike and said, “nah man.  I ain’t touching that”, he laughed.  Later that day, when Mike wasn’t around, I went back to the counter and placed both of my hands on the crystal, and again, I felt it vibrating. I picked it up and examined it more closely as it continued to vibrate.  I looked it over, looking for a battery, a cord — something! It was no way that the crystal was not powered by electricity, I thought — but it wasn’t. It was just a powerful crystal. I never told anyone about that experience, because I knew that no one would understand it. However, that experience aroused my interest in the power of crystals, even to this day.

Over the years, I’ve met human beings (very few) whose spirit quality was as high as that of the quartz crystal that I touched on that day. I could feel their vibration, simply by standing near them — even more so if I touched them. Had I not allowed myself the right to be curious, and unashamed about trying new things — even if they went against what I had been taught to believe — I never would have allowed my mind to expand, and educate myself on things that most would dare to investigate — much less believe.  In part, those experiences brought me into myself, and out of my statue. The mind is very sophisticated.  If you feed it junk, it’ll learn to live on junk, and you’ll find yourself stuck in position, afraid to come into yourself.  And, ostracizing those who have. But, if you feed it life, it will continue to give life, and you will grow and try new things.  You’ll also learn to be happy with the person that you are.

Human beings are walking balls of energy and spirit.  As we travel through life, we cast that energy onto others. You are light, but when you stifle your growth, you are putting a lamp shade on that light.  Be a bald bulb. Be a flame.  Be the sun! Be a source of energy that gives life and promotes growth.  You cannot do any of these things from the inside of a statue.

You are amazing, and can go on to do amazing things, it you break free from  the chains that life, as well as yourself, have placed on you.  Expand your mind, and consider every possibility as beautiful; that’s the short cut to loving life, and loving yourself. Find people who will facilitate your growth.  I have three people in my life who inspire me to be happy with myself, and when I feel weak, I lean on them.  A strong support system is everything!

As “odd” as I know I may seem to be, it feels damned good to be me! I want everyone to feel that way about themselves.  Learn from the “Mean Ole Lion” and break free! If he can do it, you can do it!

“I’m a free spirit. A spirit that evolves. I’m a diamond. I’m just refining it. Polishing it. Glossing it up.”

#RIPKOBE #kobebryant #kobe24 #midcitylosangeles #afrologik #afrologikblog @wylddchyldd75 @iambrandibaddass #wyldflow3r #localkobetributes
New Afrologik article! Well, it’s not new, it’s a reblog. The article that my friend, Buddy Mathis wrote and posted yesterday, “Kanye West vs Chrisette Michele” (Link In Bio) was so amazing that I had to share it with my Afrologik family. Please check this out. Like/comment/share! #afrologik #afrologikblog #kanyewest #chrisettemichele #celebrities #dichotomy
Never doubt your value! #afrologik #afrologikblog #youareenough #knowyourvalue #youareworthit #beregal #theycantbringyoudown
#Afrologik #santamonicabeach #thewindandtheocean #naturalhairstyles #naturalhair #afrotude #afrologik #afrologikblog #loveyourself #enjoylife #beaware #bighair
About last night... so, I had a ball last night with my cuz, @jasonmcglothin at the Underground Museum! It was a totally eclectic scene full of conscious people who are comfortable in their own element (the type of shit I like!) Natural hairdos and cool people everywhere! I will DEFINITELY be going back there! #theundergroundmuseum #losangeles #afrologik #afrologikblog #consciousness #naturalhair #afro #afrolife #afrotude #blackgirlmagic #bighairdontcare #ilovela #goodtimes #goodpeople #lawofattraction #theuniversehasyourbackjournal
Another way to protect your energy. Someone’s constant nagging and talking had pushed me to the point of negative thoughts and actions. Then I remembered! “Just walk away from that heffa. So what if she’s still talking!” And I instantly felt better! (Sorry for the use of the word “heffa”. I wanted to say it the way it sounded in my head... 😂😂😂) #dontletemtakeyourshine #protectyourenergy #protectyourpeace #bethelight #walkaway #afrologik #afrologikblog